Note: This post was originally written on May 22th 2019

It has been a few months since the did a project on Houdini. I wanted to go back to it so I do not loose the skills I have and also to improve what I already have. I decided to create a fencing tool since it’s a good starting point and actually a very versatile tool that could help us build levels faster (more on that at the end of the post). 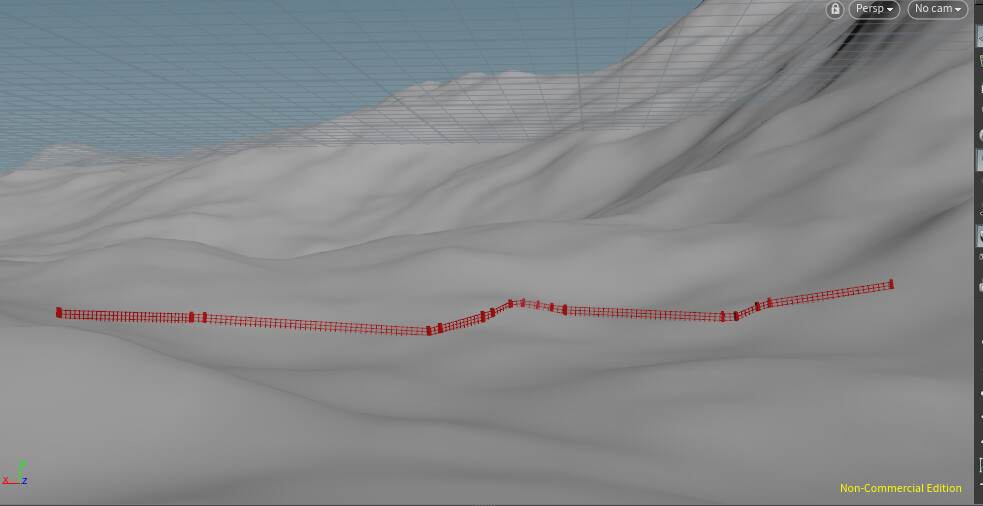 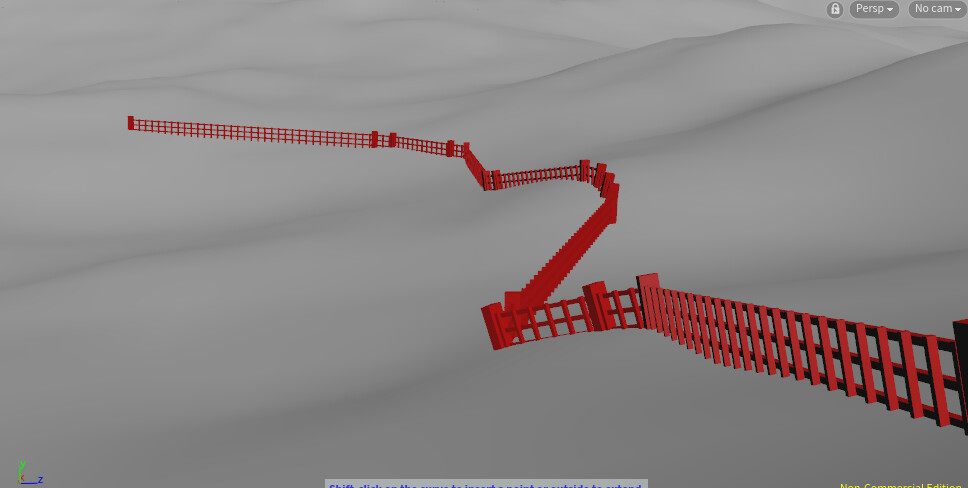 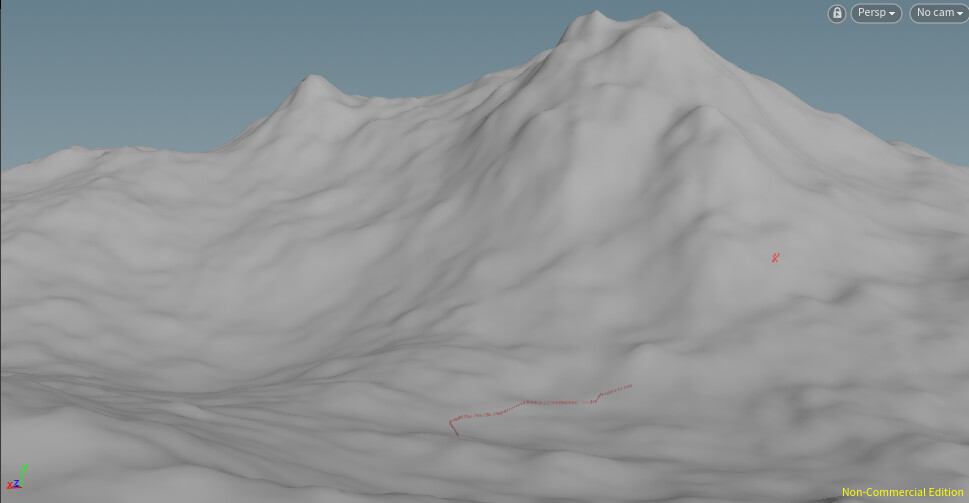 To achieve this, I had to design two different systems: 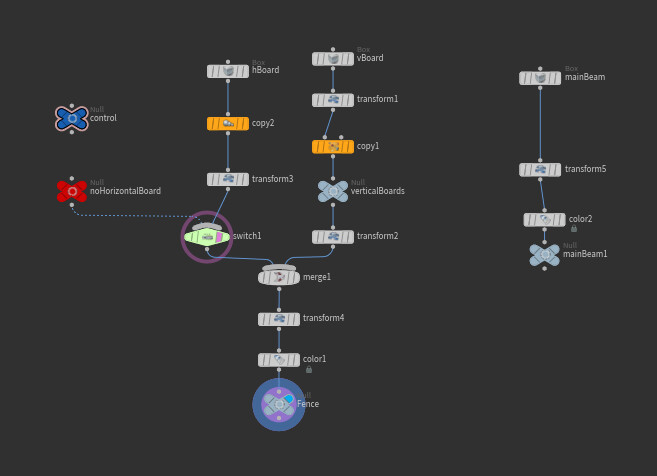 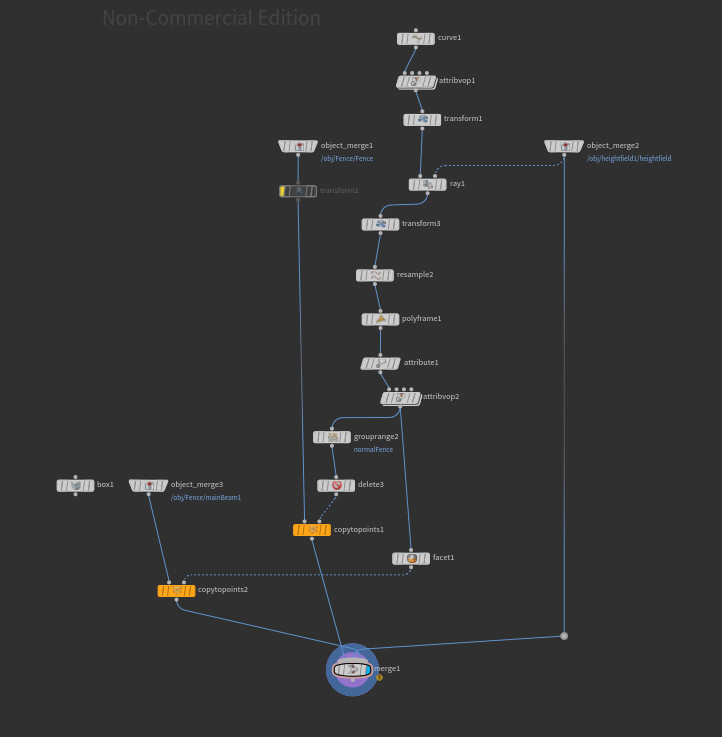 During today’s Personal Development Time, I was able to create both system, however, I didn’t have time to make the fence look appealing with many controls over its appearance.

I faced some challenge over the control of the normals and the fence orientation when ray casting it to the heightfield. Also, the ray casting created a very noisy result at first, so I had to change my approach to keep the input as simple as possible to make sure it was as clean as possible.

This tool is the base of many other potential tools: