Background, in 2018, I did a Houdini certification at NYP in Singapore.

Flipper is a game character that has been animated to move in a circular path, along the ground which is colored in patches of red and blue

Part1
Much like in a computer game, as Flipper moves along the ground and touches the RED areas, he will score points in the form of coins or balls that will emit from the contact areas. These coins will bounce a few times and settle on the ground.

Part 2
As Flipper returns the second time, he will ‘collect’ these coins.  The coins will be ‘sucked’ into him when he comes near them.

Bonus :  Much like a game, display the number of coins collected at the top right of your camera. Use the font SOP to create this.

The simulation is divided in two parts. The challenge in part 1 was how to detect the red zone and only emit from those points when Flipper passes over them. They are multiple ways to approach the problem, but one of the simplest solution was:

Transitioning between part 1 and part 2 was another challenge. You want to stop Flipper emitting particles before he starts attracting them and you don’t want it to suck back the particles as soon as they were emitted. I ended up going with a “hard coded” solution instead of having a fully procedural one so there is room for improvement. 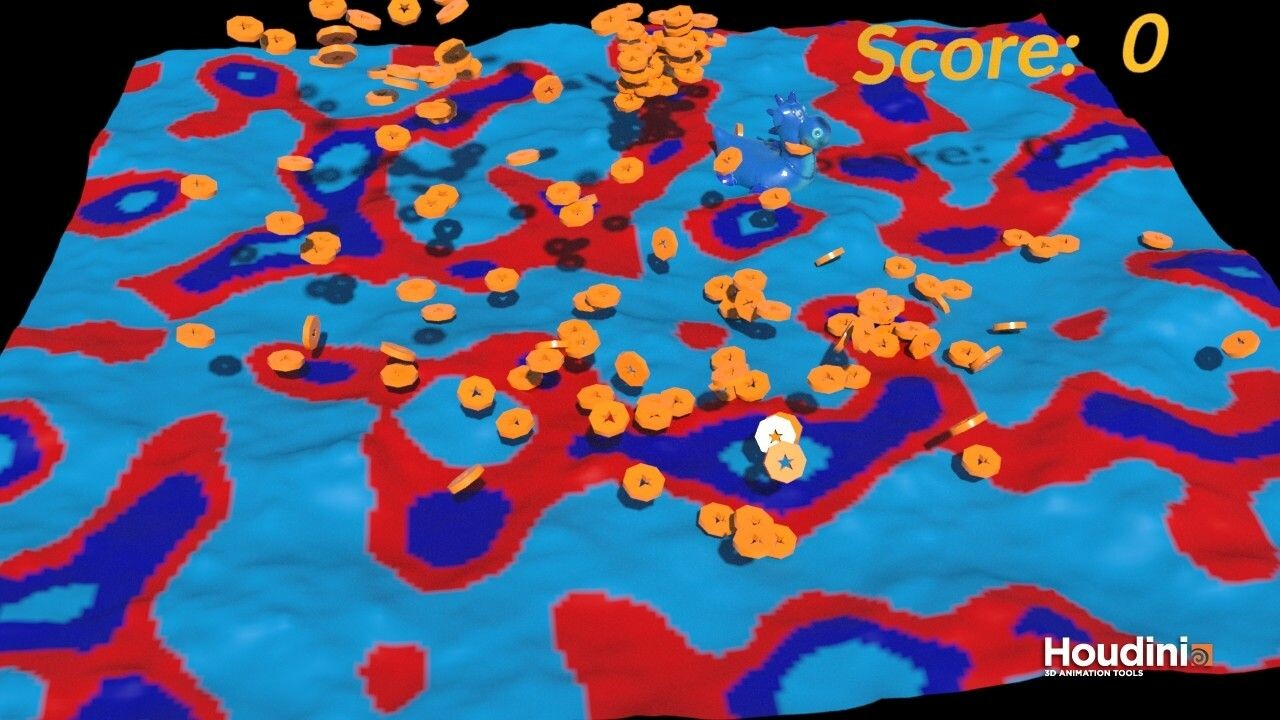 The second part involve creating a force that would push the particles to Flipper when it is close to them. This part was probably the easiest one to do but keeping good controls over the simulation was a little bit tricky. We first need to create the suction force.

Then, we need to establish the conditions for when the suction is applied.

Finally, we need to set what happens to the particles when they are sucked back to Flipper. My first reflex was to kill the particles when the distance between Flipper and the particle is below a certain number, but because we want to keep track of the score, we cannot kill them inside the simulation. Instead, I am using a collision detection node. 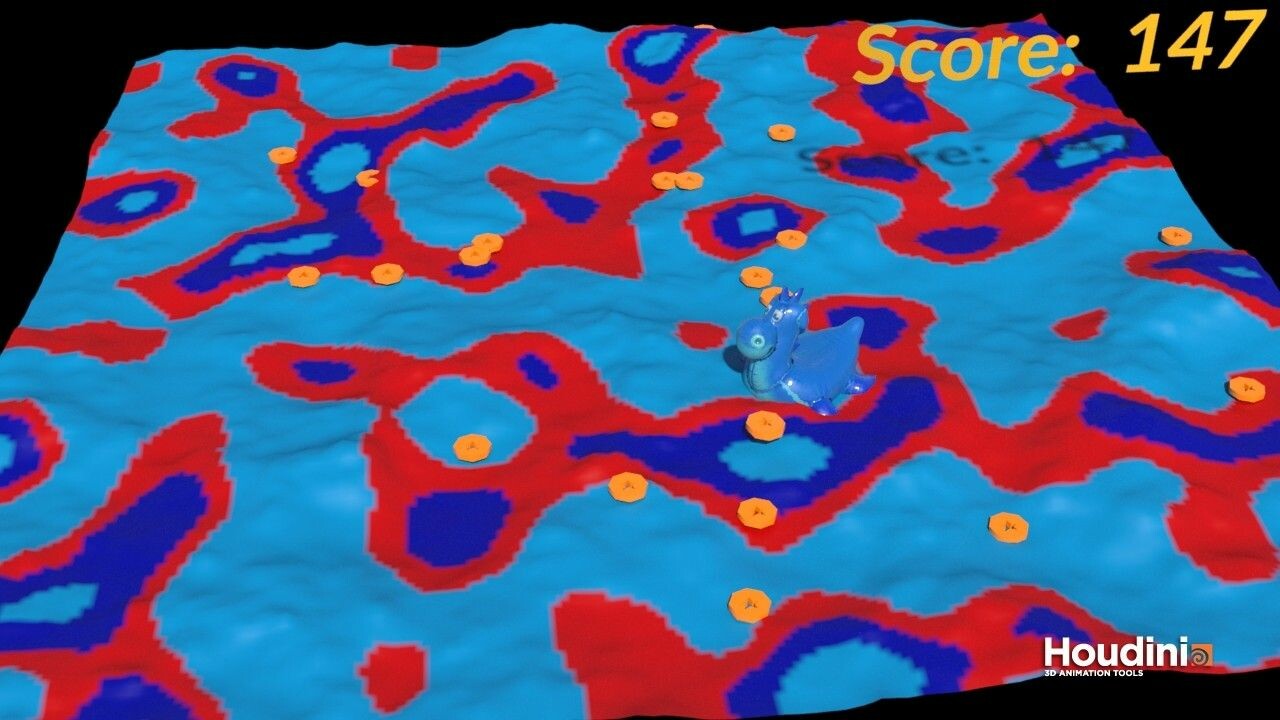 I replaced the particles by coins to add context to the simulation. The coins were also falling without rotating because their orientation follows their normals. I used their velocity as their normals instead so they can fall in a more natural way.